Russia, which opposes NATO expansion, has deployed 100,000 troops to its border with Ukraine, but neither side is backing down. While the EU prepared for any scenario, Britain directly intervened in the crisis by giving Ukraine anti-tank weapons. Turkey and Germany are in favour of calming the crisis.

The Ukraine crisis, which began with Russia’sannexation of Crimea in 2014, has now become a second ‘Cold War’ between the West and Moscow. Russia, which has said it will not “attack Ukraine,” has 100,000 troops on the border, fueling fears of conflict, but a series of talks in Brussels, Geneva and Vienna last week failed. How are other countries and actors approaching While Russia’s biggest rival, the United States, has been training Ukrainian troops since 2015? 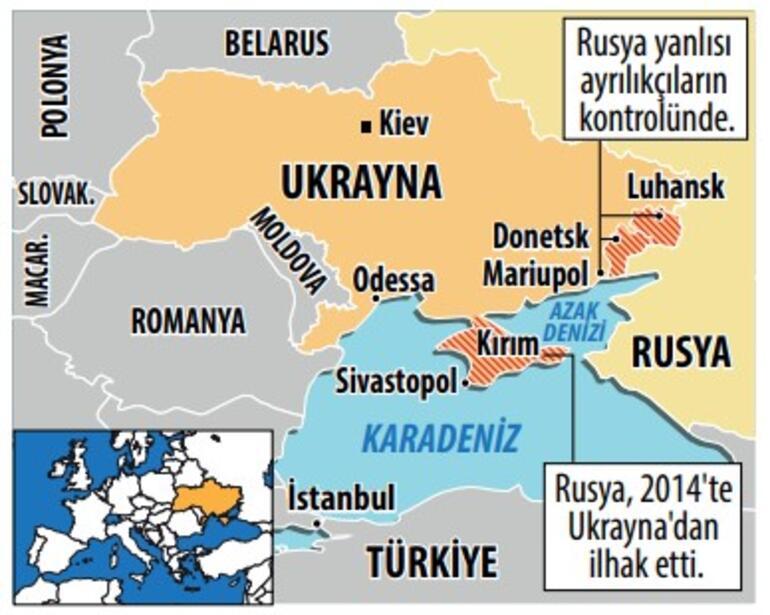 Ukraine maintained its pro-Moscow line from 1991 to 2013, when the Soviet Union disbanded, but with the popular uprising that followed, power went into pro-European rule. Moscow, which sees the change as a “coup,” annexed Crimea the following year, then began supporting pro-Russian separatists in Donbas in the east of the country. Today, in fact, the main expectation of the Russian government is not to pluck territory from Ukraine, but to regain control of its old “backyard”. Concretely; Moscow, which wants NATO to close its doors to former Soviet countries, especially Kiev, and not to have a military presence in this region, has so far received a response from its Western rivals that joining the Alliance is “the sovereign right of independent states”. 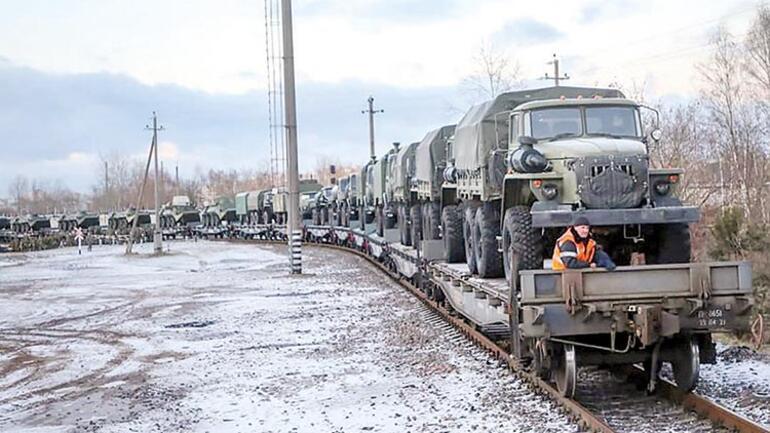 For peace with Russia, the Ukrainian government first wants the return of crimea, territory annexed in 2014, and an end to support for separatists in donbas in the east of the country. They also seek compensation for financial and moral damages suffered since 2014 and the extradition of former President Viktor Yanukovich, who fled to Russia. Ukrainian President Volodimir Zelenski wants full support from the United States and Europe, particularly NATO, against Russia.

Ankara, which has close ties to both Moscow and Kiev, has voiced its opposition to the annexation of Crimea at every turn since 2014. Turkey has declared its desire to be a mediator and invited the parties to the table, while Turkish-made drones, which have been used effectively in the Donbas region in recent months, are changing conditions on the ground in kiev’s favor. President Tayyip Erdogan said yesterday of the possible invasion, “We must now erase the war from the history of politics.” I will occupy the territory of a place, I will take it’, and these things will not work”, confirming Ankara’s position.

NATO: RUSSIA EXPECTS A STEP BACK

NATO, which blames Russia entirely for the crisis, says moscow should back down. Perceiving the possibility of military action as a real threat, NATO’s priorities are an end to the Russian military buildup, adherence to international commitments and respect for the basic principles of European security. Last week, nato-Russia direct contact in Brussels failed. Russia’s most important request, “closing the door to enlargement,” has hit the wall in NATO. The Alliance has said it has no intention of withdrawing troops from allied countries on the eastern flank, but Secretary General Jens Stoltenberg said he had sent invitations to the parties for a second NATO-Russia Council summit.

The European Union, which is suffering from the difficulty of not being institutionally on the table in negotiations on the Russian presence on the Border with Ukraine, is taking an approach that promotes a diplomatic solution through its member states. The EU, which looks at the issue from a security and economic perspective and is working on 7 different scenarios for possible developments, is in favour of the introduction of sanctions in the event of a Russian military operation. The United States, which has raised tough economic sanctions against Moscow, said it was “concerned that Russia could attack Ukraine at any time,” while U.S. Secretary of State Antony Blinken will visit Kiev today and meet with his Russian counterpart in Geneva on Friday.

GERMANY: IN THE WAKE OF THE CRISIS

Germany Foreign Minister Annalena Baerbock travelled to Kiev for the first time the previous day and moscow yesterday. Baerbock, who sat down with his Russian counterpart Sergey Lavrov after the Ukraine talks, said they “want to deepen bilateral relations” despite the pile of problems in the middle. Moscow basically wants the “North Stream-2” gas pipeline to be put into service as soon as possible, taking it out of the Ukraine crisis. The Berlin government is also looking to ensure energy security. Baerbock says “diplomacy is the only viable way to calm the dangerous situation at a high level,” while trying to avoid a picture that the sanctions imposed by the possible conflict are hurting the entire EU.

Unlike Germany, Britain intervened militarily in the crisis. Yesterday, British Defence Minister Ben Wallace announced that they were sending anti-tank weapons to Ukraine to counter the Russian invasion, and that a small group of soldiers had travelled to the country for short-term training. He said that if Russian tanks enter Ukraine, they will be part of the defense mechanism, but did not share details on the amount of weapons sent. Wallace warned Putin that the Ukraine intervention would be “very bloody” and said he had invited his Russian counterpart to London. Germany, on the other hand, is unhappy with the shipment of weapons to Ukraine. According to British media, C-17 military transport planes flew over Denmark to reach Ukraine after Germany refused access to its airspace.

Thanks to Metaverse, time travel becomes a reality!

Game-changing research from the UK... Here's the group least affected by the corona