Scientists have announced that they believe the first case of Covid is a female worker at the market in Vuhan, China.

A study in the journal Science noted that the first coronavirus patient was not a man on December 8, as previously described, but a woman on December 11.

The claim that the patient was an accountant led to allegations that the virus had leaked from the laboratory.

Michael Worobey, head of ecology and evolutionary biology at the University of Arizona, reported that the accountant, widely thought to be the first person to contract Covid-19, reported that his first symptoms appeared on December 16, a few days later than initially known.

The start date of the disease is December 11, 2019, according to the study, which identified a female seafood seller at Huanan Market as the oldest known case.

Worobey was one of 15 experts who published a column in the journal Science in mid-May demanding a serious assessment of the thesis that the virus had leaked from a laboratory in Vuhan.

Source of tension between China and the UNITED States

The origin of the virus that caused Covid-19 remains an important source of tension between China and the United States.

A joint study by China and the World Health Organization (WHO) this year almost completely ruled out the theory that Covid-19 appeared in a laboratory, and the most likely hypothesis was that humans were naturally transmitted through the wildlife trade.

The WHO-led team of experts spent four weeks with Chinese scientists in and around the central city of Vuhan. In March, a joint report announced that the Sars-CoV-2 virus was probably transmitted from bats to humans through another animal. 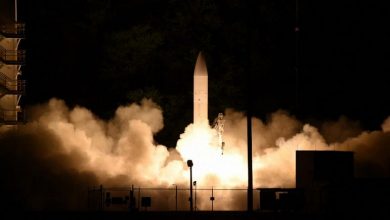