The Bouncer Ammunition System, developed with the capabilities of Turkish defense industry companies , was displayed for the first time.

It will neutralize offensive drones and unmanned aerial vehicles (UAVs) BouncerThe first flight will take place soon. A demonstration against real drones is planned this month.

Transvaro Executive Board Member Güray Ali Yaşam said in a statement that the Bouncer is a protection system developed to stop kamikaze UAV/drone attacks, but that the vehicle itself can be used for attack purposes in the future, in line with the need.

Stating that such unmanned systems have developed very rapidly in recent years, Ali noted that it has become almost impossible to stop autonomous and swarm attack drones.

Explaining that last year’s attacks on Saudi Arabia’s oil refineries with such vehicles have reached a level that will drag the world into an oil crisis, he said:

“Small UAVs can have huge effects today. Many methods have been developed to bring them down, but the most effective is to shoot UAVs that shoot them in the air. Many studies have started in the world on this subject, from the Far East to the USA and Europe. We examined these studies. The most important aspect of these studies is You can’t buy or use these products, depending on the export permit, huge technology transfer costs come to the fore due to the patents taken in the design. Moreover, even if you pay these costs, there are restrictions and embargoes. Then we produced our own solution, our Turkish-style national solution. We see this as the best solution among the 5 or 6 solutions that exist in the world.The wing and follower tracking mechanism structure of the wing and follower is different from all other products, and we put them in patents and applied for 2 patents, and that’s how we started.”

Mentioning that attacks were carried out on military facilities, airports, hangars, critical government offices, oil refineries, and ports by using UAVs, Ali stated that; Bouncer said that they named the drone interceptor system, which consists of radar, thermal camera and control unit, DROKA, based on the “drone killer”.

When the radar detects any flying foreign object from 10-12 kilometers away, the live indicates that the electro-optical suite turns there regardless of day, night or fog, and that the object is analyzed by analyzing whether it is a restriction or not. He stated that the bouncer automatically left the tube and headed towards the target.

Stating that the bouncer exploded on the target with its own optical search system when it approached the threat, and in the swarm, he said, “It is effective within a fairly wide radius, so it does not need to hit. It is very effective. warheadyes, it drops all threats. If the mission is canceled, it is detonated in the air if it is over a residential area, otherwise it is lowered by opening a parachute and is being prepared for use again,” he said.

Providing information about the stage reached in the development process of the Bouncer, Vital said:

“Fedai’s molds, models, calculations, optical mediator, LIDAR are finished, the launch tube is being made. We will throw it from the launch tube at first. The carbon molds are finished, it is made by our Garanti Kompozit company. The warhead is finished, it was made by Troy Teknoloji Defense. Auto pilot , the parachute lowering mechanism is finished. The command and control mechanism has been brought to the final stage by HAVELSAN. At the end of this month, the armed forces will be in a state that we will show to the members of the Presidency of Defense Industries. We made a few tests. Now we can shoot them one after the other because the molds are made. A demonstration of shooting down a real drone at the end of the month We aim to bring it to the attention and opinions of those concerned.”

Lively stated that their primary goal is to shoot down armed drones and UAVs, but by changing the warhead according to the need, the Fedai can be used as an anti-tank, anti-personnel defense system or a vehicle capable of attacking itself.

Emphasizing that the Fedai was developed entirely, down to the smallest screw, with the work of Turkish engineers and companies, Yaşam continued:

“We know very well that from the moment the Bouncer flew down the first attack UAV, if there will be parts we bought from outside, all of them will be embargoed. That’s why we tried to do everything here and we succeeded. It has made very important contributions. Compared to other products, we have 2- We provide 2.5 and a half times the effect. I thank Troy Teknoloji Defense company. MS JETS channeled all the flights. Garanti Kompozit company did our best. A carbon plane, they worked day and night and prepared the molds. The mechanic friends at Transvaro prepared the lower parts.”

HUNTING THREAT WITH 10 THOUSAND PARTS IN A WAR HEAD

Troy Technology Defense Manager Sait Ersoy Bereketlioglu on the other hand, gave information about the warhead of the Fedai.

Accordingly, there are approximately 10 thousand particles in the warhead of the Fedai. The total weight of the warhead, which uses 1 kilogram of thermobaric PBX explosive, reaches 2.5 kilograms.

While the effective range radius of the Bouncer is envisaged as 25 meters, this has been tested in the field. The explosive used provides anti-material and thermobaric activity. Therefore, even if the target gets rid of the particles from the Bouncer, they will be neutralized by the pressure effect. The explosive used in the Fedai was also developed and produced locally and nationally for the project. 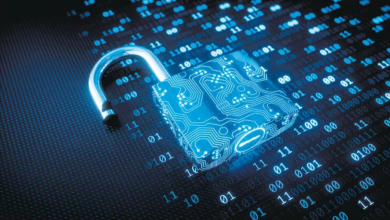 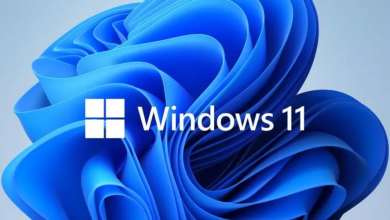